There are 2 different routes from Junin toward the Chilean border. The one is a sheltered route through a forest of monkey trees and the other is more open and passes the base of the volcano Lanin. Because the wind was going to be favorable for a change, south/southeast instead of the usual west, we decided to do the open route. With tailwind on a paved road that should not be a problem.

From Junin it went up about 300 meters (900 ft) in about 70 kms (42 miles), to the base of the volcano Lanin. We had a magnificent view on the mountain almost the whole route. It’s a mountain that stands out by itself, away from other. The peak is snowcovered, the only one in sight. The route indeed was open and there was little shelter, but it was beautiful. Pampa and rocks. Not recommandabele with a (strong) headwind. But we had tailwind for a change. We hardly noticed the ascent because it went so gradually. 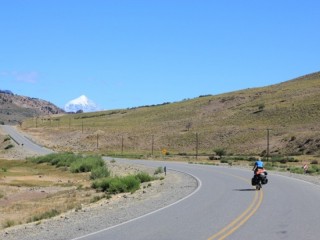 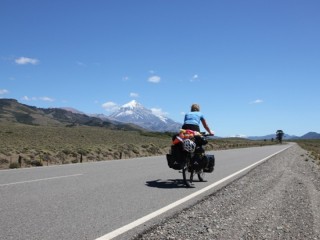 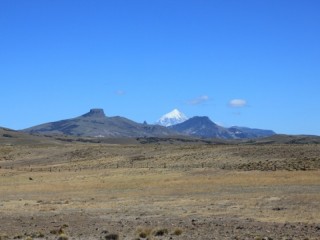 After almost 60 kms (36 miles) the pavement ended and we were back on a bad, bumpy unpaved road of lavasand. Another 10 kms (6 miles) and we reached Lago Tromen, where there’s a campground on a beautiful spot, right at the base of the volcano. We spent the night there. 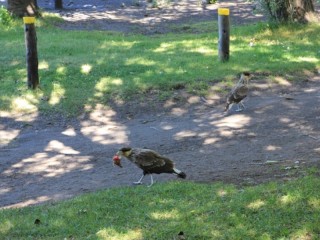 We passed the border the next day. We had another 20 kms (12 miles) of bad lavasand and many bumps and potholes to survive, but after that there was wonderful new tarmac to enjoy. And a huge descent of a couple of 100 meters (a total of 900 meters/ 2700 ft till Pucon). We were flying, almost came to 80 km/h (48 mph)… At a certain point we definitely let the vulcano Lanin behind us and came the next vulcano in our sight; the Villarica which almost always smokes. Also a beautiful mountain with a snowcapped peak. Once in a while, when we looked back, we also still could see Lanin. Very beautiful, 2 snowcapped peaks in an otherwise green world.

In spite of the slow start on the sand/bumpy road we got to Pucon, 85 kms/51 miles further, nice in time due to the beautiful and descending paved road. Pucon is a pretty nice town with many outdoor stores. 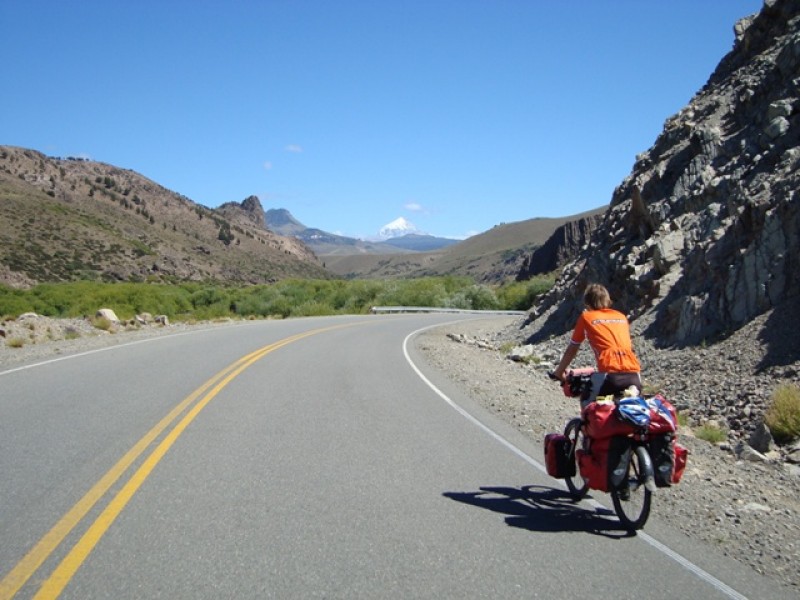 One thought on “Vulcano Lanin”