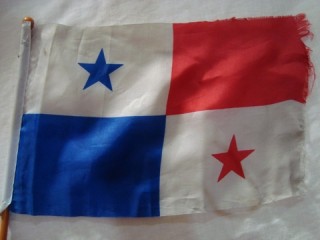 Panama surely has things to offer tourists; the bounty islands in the north, the locks in the city, the surfbeaches in the south and the volcano Barú in the west. But there’s no real Panamanian culture anymore.

The original culture has been wiped away by the invasion of Americans early 20th century. They came over to construct the Panama canal and they never left. You hear English being spoken all around you and everything has been Americanized; the malls are the same, the houses are the same and McDonalds Burger King and Subway are everywhere. Panama city could have easily been an American city, actually the whole country could easily be an American state. The (new) Panamanian culture is no more than the American culture. And that’s a shame. Only at the San Blas Islands we saw a bit of their own culture, with the Kuna people.

And Panama is a horrible country to cycle through! There’s mainly just 1 road from east to west and that’s the Panamericana. You have no choice but to follow that road, there’s only 1 spot where you can take a small detour.

The road is in horrible condition, with big potholes, gaps and cracks. The Americans built it from concrete plates in the 1950’s and 1960’s and since then just little has been done to maintain it. Parts have been paved (asphalted), but large parts are still the original concrete plates. And it’s narrow, busy and very noisy. In many places there’s no shoulder, you have to cycle on the road so you have to bump through the holes and gaps and the trucks and cars pass you very closely. And where there is a shoulder, it’s usually much worse than the road itself so it’s impossible to cycle on it. Many sections were covered in weeds. But especially the noise of all those trucks passing us was terrible. Fortunately the last stretch was a bit better. 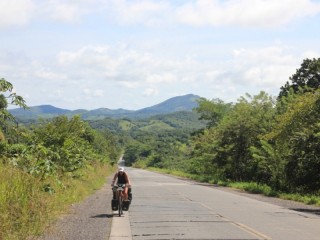 It was very hot and sticky; after 10 minutes of cycling our shirts were already soaked. In about every little town we passed, we bought cold drinks. Mainly Coke and Fanta; cold and lots of sugar! Once, we had lunch at Subway which was mainly great because it was so nice and cold inside… 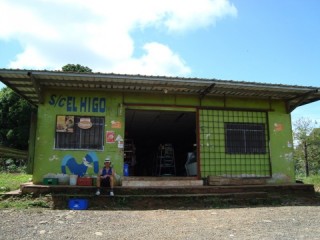 About every day, around 4 pm, it would start raining and thundering. Fortunately most days we were finished cycling for the day and were save and dry in a hotelroom. 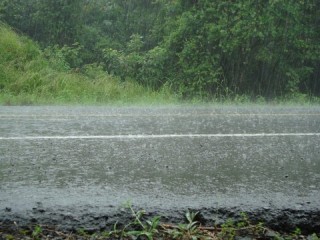 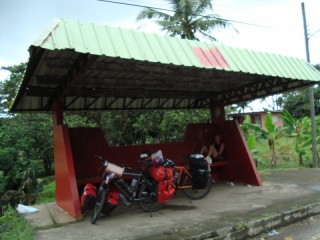 De scenery also wasn’t very interesting. Basically, all we saw were trees. The road was a constant up and down and the scenery didn’t change much. The middle part was nice, with nice looking hills. The people were very nice, they honked their horns and waved constantly. 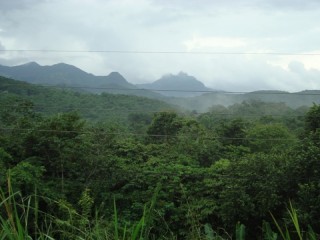 To get out of the city, you have to cross the canal. The old and original bridge, the Puente de las Americas, is still there. By crossing this bridge, you officially cross the border between South America and Central America. 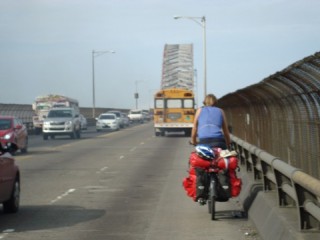 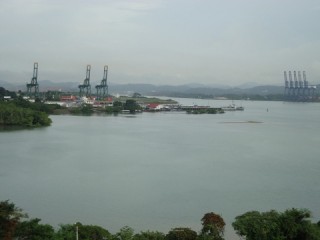 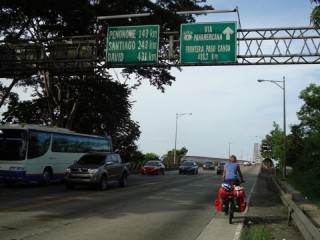 One thought on “Panama in words and images”