After another day of rest in Tumbaco, close to Quito, it was time to move on again. That was not so easy, after 1,5 weeks of not so much exercise. But that day we had the next highlight on our program; we would cross the equator!

After 62 kms (37 miles) of up and down again, we saw the sign witch said that the equator was right there. We started 10.311 kms (6.185 miles) earlier in the most southern city of the world (Ushuaia) and now we were halfway the earth! Theoretically we should be halfway our trip now, but I don’t know if we are… 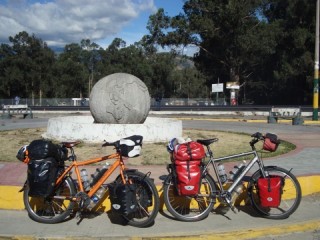 The monument is a big, orange pole with the coordinates written on it; 0,0,0. That pole is placed in the middle of a …….. On the 21st of March and the 23rd of September, the sun is situated right above the equator. And we were there on September 25th, only 2 days after. The difference is not visible for the human eye, so for us it looked like the sun was situated right above the line that indicates the equator, even late in the afternoon. Very strange, on these days the sun moves in a straight line above you instead of with a curve from east to west. 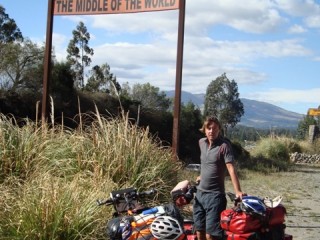 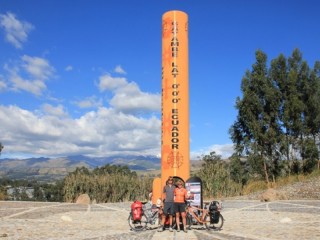 After a few pictures we cycled a few more kms, to the next town. There we stayed with the fire department. Here in Ecuador (and also in some other countries) you can ask at the firestations if you can sleep there. Usually you can, they either have beds available or you can camp. We got a private room at this one, but the next day we camped next to another one.

We cycled to Tulcan, on the border with Colombia, through the Reserva Ecologica El Angel on a bad road. In the center of the Reserve, at the highest point (3700 meters, 11.000 ft) is a hut/refugio where parkrangers keep an eye on everything. You can sleep in that hut for free. There are beds and you can use the kitchen, but apart from that there are no facilities; no shower, no running water (you take the water out of the river) and not heating. And it was cold up there! A nice spot, in the middle of nature and with a fox as a pet.

And then we entered Colombia! 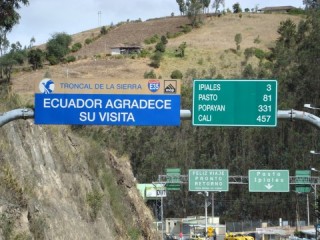 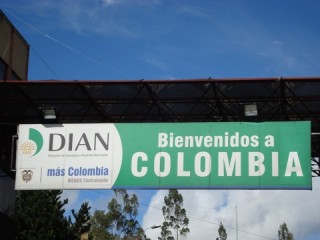